With effect from 1st September 2017, Richard Hughes has been appointed Sales Director – MTG (milling, turning, grinding) at Kingsbury with the remit to promote four of the top quality ranges of German machine tools that the company sells exclusively in the UK and Ireland. They are single- and multi-spindle turning machines built by Index and its subsidiary, Traub; 3- to 5-axis machining centres manufactured by Hermle; and grinding machines produced by Haas Schleifmaschinen.

Headquartered in Gosport, Kingsbury set up a new Grinding Technology (GT) division earlier this year in its Birmingham office on Blythe Valley Business Park to service the latter agency. This is where Mr Hughes will be based, working alongside the firm’s Large Prismatic Machines (LPM) division, which promotes the other agency lines – BURKHARDT+WEBER, F Zimmermann, SHW and Waldrich Coburg.

Mr Hughes joins from another multi-agency machining centre and lathe distributor in the Midlands, where he was technical director for eight years. He has a wealth of experience in the machine tool industry, having started his career on the shop floor before becoming a technical sales engineer in 1988 and then working progressively through applications engineering, product management and project engineering roles. 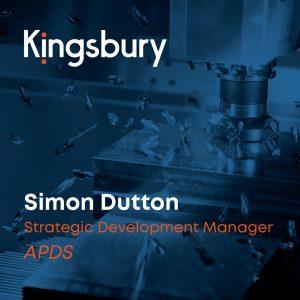 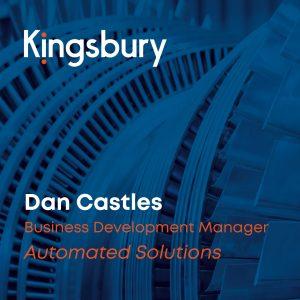