Symmetry Medical Sheffield, a subcontract manufacturer of medical implants and instruments, has installed two Hermle 5-axis machining centres in its Sheffield factory to produce stainless steel components for one of its major customers, a worldwide leader in musculoskeletal healthcare. The German-built machines were supplied and commissioned by sole UK agent, Kingsbury.

A large percentage of Symmetry Sheffield’s business is machining of forged and cast products, produced on-site in various hard or exotic materials for the medical sector. The remainder involves milling of similar materials plus manufacture of forged parts for large aero engine and power generation customers.

Until last year (2013), all of this work was completed on twelve 3-, 4- and 5-axis machining centres (and 10 CNC lathes) working around the clock. However, a large contract to produce a new medical product meant that two more 5-axis machines were needed to provide extra capacity.

Two Hermle C 22 U’s are now dedicated to the contract, which entails producing instruments for knee implant surgery. They are essentially jigs used by a surgeon to line up the exact position and orientation of an implant and cut the bone to shape accordingly. The material from which the instruments are made is hardened on-site before machining.

Symmetry considered 5-axis, vertical-spindle machining centres with a nominal working volume under a half-metre cube from three alternative suppliers. The Hermle offering was immediately attractive, as the trunnion-type machines were among the most compact on the market, especially in width, allowing them to be placed side by side in a small footprint on the shop floor. Moreover, the first machine was available immediately from Kingsbury’s Gosport technical centre and the second could be delivered a couple of months later.

Dave Marsh, machine shop supervisor at the Sheffield factory commented, “Machine size and availability were important, but we needed to satisfy ourselves that Hermle machines would be the best solution for us, to which end we visited a nearby user of a C 22 U. Not a single negative comment was made.

“The machines have been running without a hitch since they were installed. They are also quick, notably due to the speed of the twin drive on the trunnion’s ± 135 degree rotary A-axis, which does not hold back the other axis movements when interpolating.”

Another feature of the machines that he thinks is worthy of special mention is the design of the spindle head, which is in two parts connected by six displacement sleeves that collapse to prevent damage in the event of a collision.

Mr Marsh continued, “Just such an incident occurred earlier this year, when an error in a program caused the spindle to rapid-traverse at 30 m/min into the job.

“The crumple zone around the spindle protected it, saving us the £16,000 replacement cost. Furthermore, the machine was back in operation within three hours, rather than being down for a couple of days, minimising disruption to production.”

He went on to explain that the organisation of the tooling is another plus point on the Hermle. Magazine capacity is generous at 55 stations and the Heidenhain control allocates each tool its position automatically as the parameters are set on-screen. It ensures there is no interference between adjacent pockets; and Blum laser tool measuring in each machine renders presetting automatic, all of which makes life easy for the operator.

A non-disclosure agreement with its customer prevents details of the application from being divulged. However, it can be stated that three parts at a time are fixtured on each rotary table and machined in one hit to dimensional tolerances better than ± 0.05 mm. The cycle mostly involves 3+2 axis machining with a small amount of 4-axis simultaneous work.

However, the ability of the Hermle C 22 U to perform full 5-axis interpolation has future-proofed the investment, providing maximum flexibility for the machines to be redeployed for other work in the future.

To find out more about 5-axis machines and how they will benefit the future , see our complete guide to 5-axis CNC machining. 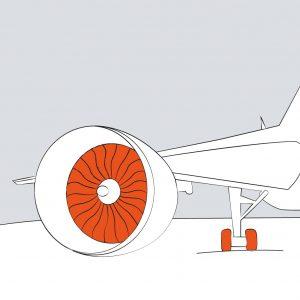