Home » News » The Future Of Automation In Manufacturing

The Future Of Automation In Manufacturing

There is no doubt about it, automation is set to dominate industry in 2018. Bernard Marr writing for Forbes names it as one of The 9 Technology Mega Trends That Will Change The World In 2018 referring to ‘the unstoppable freight train that is automation’, defining not only the present but many years to come.

Towards the end of last year, The Times reported that, according to the National Office of Statistics, investment in plant and machinery has declined to the point that Britain’s productivity lags behind other G7 nations, with the UK’s capital stock measured in terms of value per worker shrinking year on year. Significant under-investment at this level has left companies struggling to improve efficiency, with little capacity for growth.

In our recent Blog Going Places, we touched on the necessity to replace older machines with newer models offering much greater speed and higher performance. Alongside modernisation programmes, introducing automation offers a fast route to efficiency improvements.

Replacing human intervention with automation continues to be a highly emotive subject; however, there is evidence to suggest that concerns about the impact of mechanisation may be misplaced. The CPS (Centre for Policy Studies) in its report ‘Why we Need more Robots, not less’, cites studies which have established that automation can actually lead to new jobs, while bringing a welcome boost to productivity.

Bernard Marr refers to a ‘first wave’ of automation that can only benefit today’s workforce by removing jobs categorised by ‘the four D’s: dull, dirty, dangerous and dear’, freeing up staff for more rewarding and complex tasks.

If you could increase productivity by half as much again – why wouldn’t you?

For manufacturers faced with the challenge of keeping costs per part low while delivering on quality and timescales, automation offers clear competitive advantages: yet UK manufacturers have been slow to grasp the nettle compared to their European counterparts. Something as simple as installing a pallet changer can yield dividends at a relatively low level of investment up front.

Many production cells are built around a single pallet system. This approach imposes restrictions on the ability to upscale production to meet periods of peak demand or for expansion purposes, with non-machining time increased by the need to unload and replace pallets manually. Being able to simultaneously load the next pallet while the current pallet is being worked on in the machine will improve the efficiency of the machining process, with the potential to raise productivity by as much as 40-50% overall.

Installing multiple pallet changers offers exponentially larger gains that can be a real game-changer for parts manufacturers, particularly those whose business involves a high level of repeatability.

One objection voiced by manufacturers is that the addition of automatic pallet changers can hamper access to the machines and working areas. However, the latest upgrade options like the Hermle HS-Flex are distinguished by their small footprint, maximising space even where retrofitted. Read our blog on the HS Flex

For many manufacturers, the prospect of installing a 3rd shift offers a further attraction. Automation in the form of pallet changers can make night-time production possible, with the ability to set machines up for 12 hours ahead.

With people and technology working in parallel, many companies experience a multiplier effect which can yield outstanding results while providing the necessary resources and the flexibility to upscale or diversify – vital for any company facing the challenges of today’s business environment.

The potential to achieve such dramatic improvements in productivity also makes an investment in a new equipment a more attractive proposition with an improved ROI resulting in a shorter payback period.

The numbers speak for themselves: Why not let us review your processes and assess your potential for savings in 2018? Email us at solutions@kingsburyuk.com

There is no doubt about it, automation is set to dominate industry in... 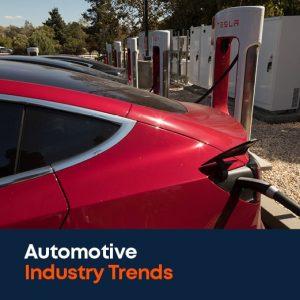 What automotive industry trends can we expect in the near future?

There is no doubt about it, automation is set to dominate industry in...