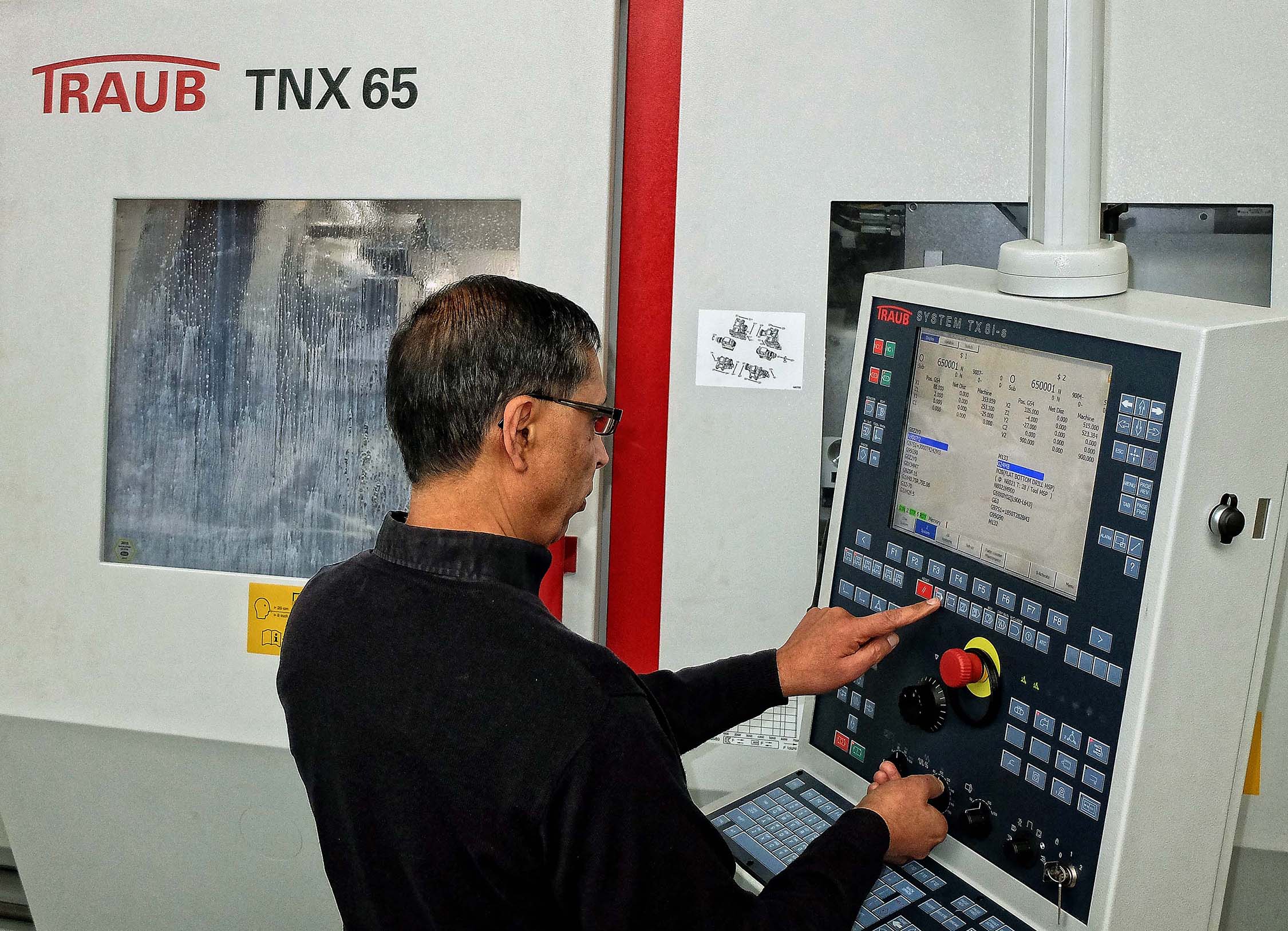 Liberty, part of GFG Alliance, a global industrial, metals and energy group, has announced its investment in a £10 million global technology centre in Leamington Spa. By the beginning of 2020, in time for the 100th anniversary of the start of automotive production at the site, all of Liberty’s braking systems design and manufacturing currently in an adjacent plant will be transferred to the modern facility, which will also become home to Liberty’s wider research, design and product development activities.

Among the advanced manufacturing equipment will be £5 million of new CNC lathes, machining centres and other equipment bought since the acquisition of 920E (originally Automotive Products). The acquisitions include two Traub turning centres built in Germany and supplied through UK, Ireland and Middle East agent, Kingsbury. Installed in July and September 2018, they raised to eight the number of Traub turning machines on site. 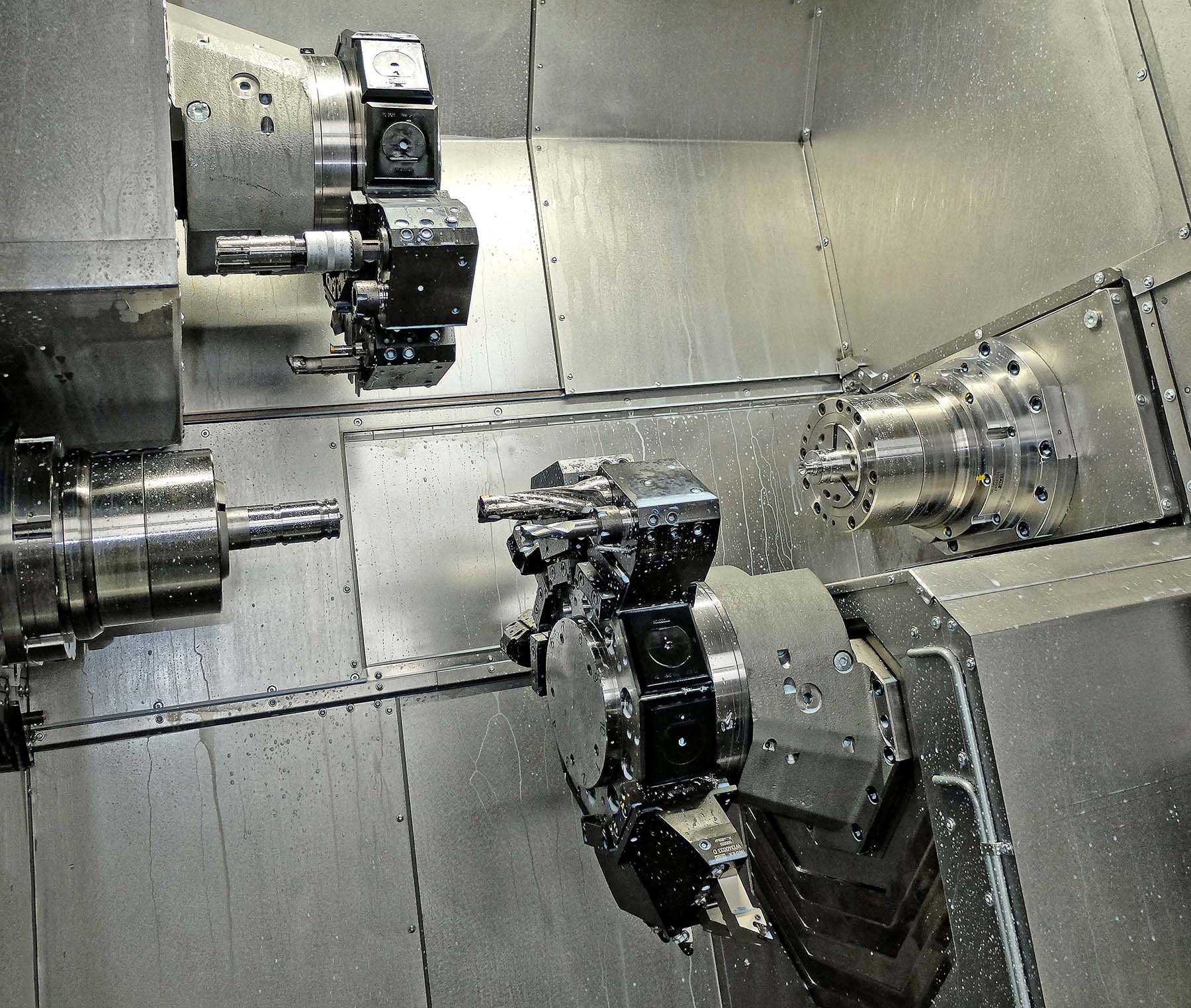 First of the latest pair of lathes to arrive in Leamington was a 32 mm bar capacity TNL 32, which has the notable ability to be changed over quickly from sliding-head to fixed-head operation. The collet that feeds the bar through the guide bush is released and the bar is clamped in a collet in the spindle, allowing the material to be moved into and out of the cutting zone using the Z-axis motion of the headstock.

Liberty’s production group leader Bill Dhesi explained that they alternate on average once per month between the two methods of turning in order to optimise efficiency, as a high variety of parts are needed in low volumes.

The second machine to arrive was a TNX 65, another twin-spindle, twin-turret turn-mill lathe but for fixed-head turning only, capable of producing parts from bar up to 65 mm diameter.

Both Traub lathes are controlled by the manufacturer’s System TX8i-s CNC system. Simple jobs are programmed on the shop floor but most are prepared offline using Traub’s WinFlex IPS Plus programming, optimisation and simulation software. 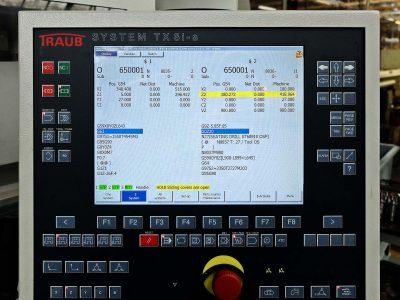 “The advantage of the TNL 32 is that we use it in sliding-head mode for about 20 per cent of the time to produce long, slender parts such as pins, pushrods and plungers that were previously either sub-contracted or turned in-house less than optimally on our fixed-head lathes.

“Likewise, the TNX 65 is also saving on external sub-contract manufacturing, as we could only turn up to 42 mm bar before and some of our component diameters are larger. It gives us greater control and shorter lead-times, as well as saving money.”

Many of these components find their way into brake systems, calipers and actuation products for marques such as JLR, Mini, Morgan and other major automotive brands. They are supplied to production lines mainly in the UK and also to outlets for aftermarket sale. In 2017, Liberty started making braking systems for a Formula One team through its 920E and Shiftec brands and is expanding its overall involvement in the motorsport sector.

The earlier Traub fixed-head lathes were installed over a five-year period to 1998 and all but the first are still regularly used for production. They were bought primarily to carry out second operations on parts coming off dozens of cam-type multi-spindle automatics. Most of the multis have now been sold as brake system component volumes have continued to fall with the company’s concentration on niche business contracts. Any output now from the remaining multis does not require further operations, so the turn-mill centres are devoted to one-hit production of simple to complex parts.

A majority are mild steel, although aluminium, stainless steel and titanium are also processed. Both of the latest Traub lathes are comfortably able to hold Liberty’s tightest dimensional tolerance. Nearly every part requires synchronous pick-up for back-end machining.

Mr Dhesi concluded, “We have not produced many components yet requiring extensive driven tool operations within the cycle, but there are jobs coming along that will have up to 30 per cent milling content.

“Obviously standardising on one make of turning centre has its advantages in terms of spares commonality, familiarity with the control and being able to swap programs and tooling.

“However, the Traubs were in any case the clear front-runner for the latest purchases, not only due to the tight tolerances they hold, but also because the high power of the live tooling will minimise cycle times for producing parts with a lot of prismatic machining content. 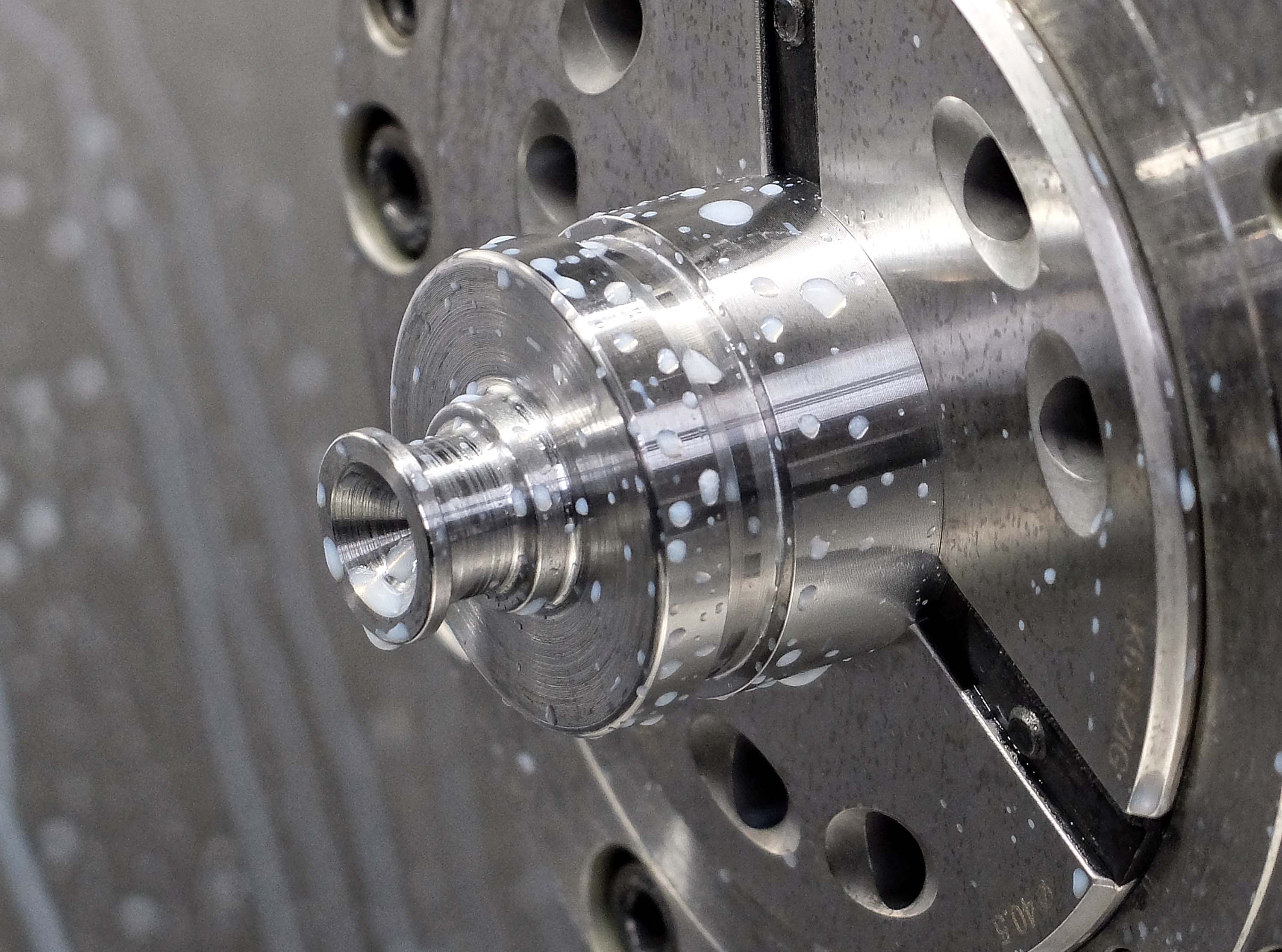 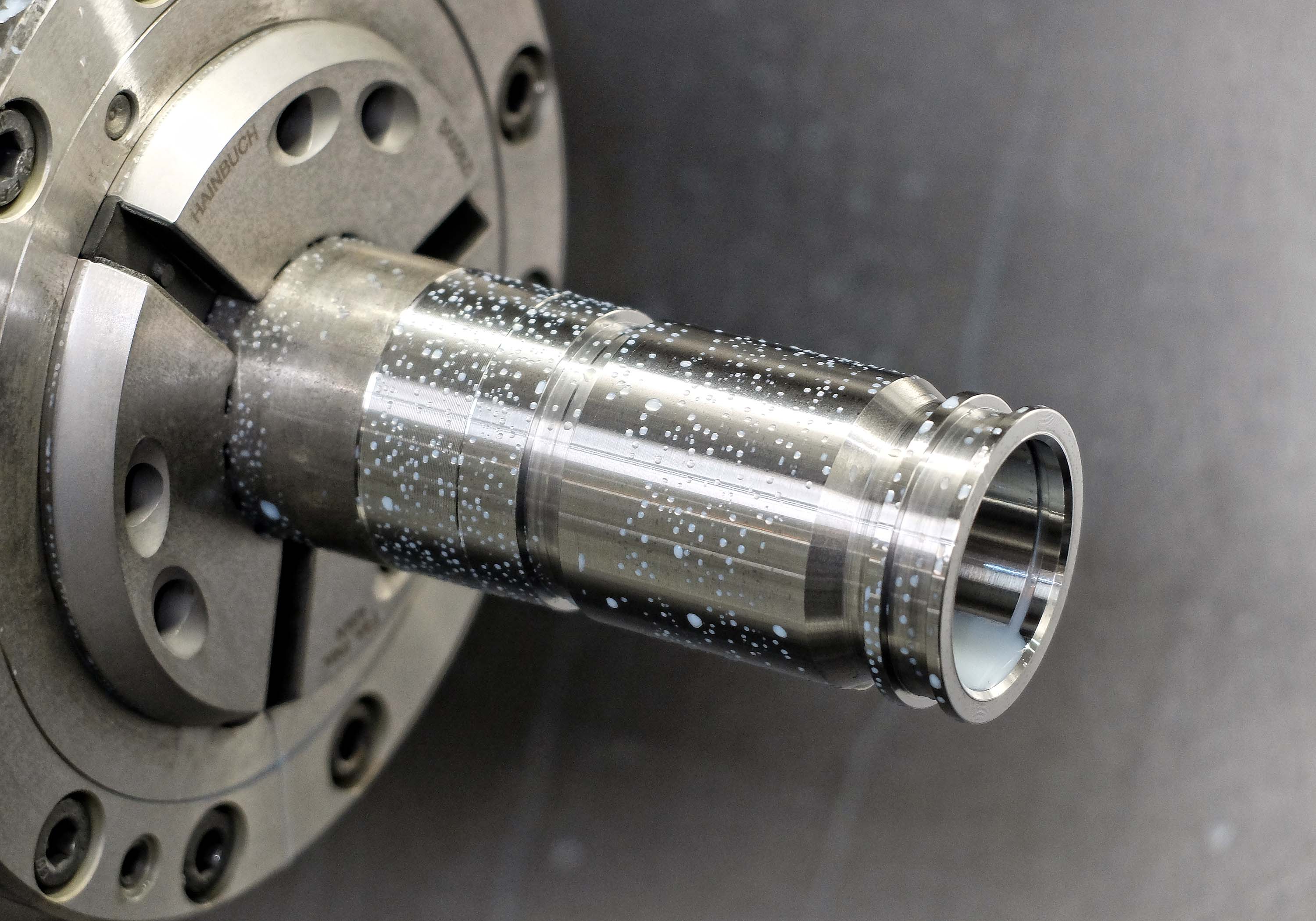