Established in 1920, Waldrich Coburg specialises in the manufacture of large machining systems including portal, vertical and horizontal milling machines, vertical turning lathes, as well as universal and surface grinding machines. 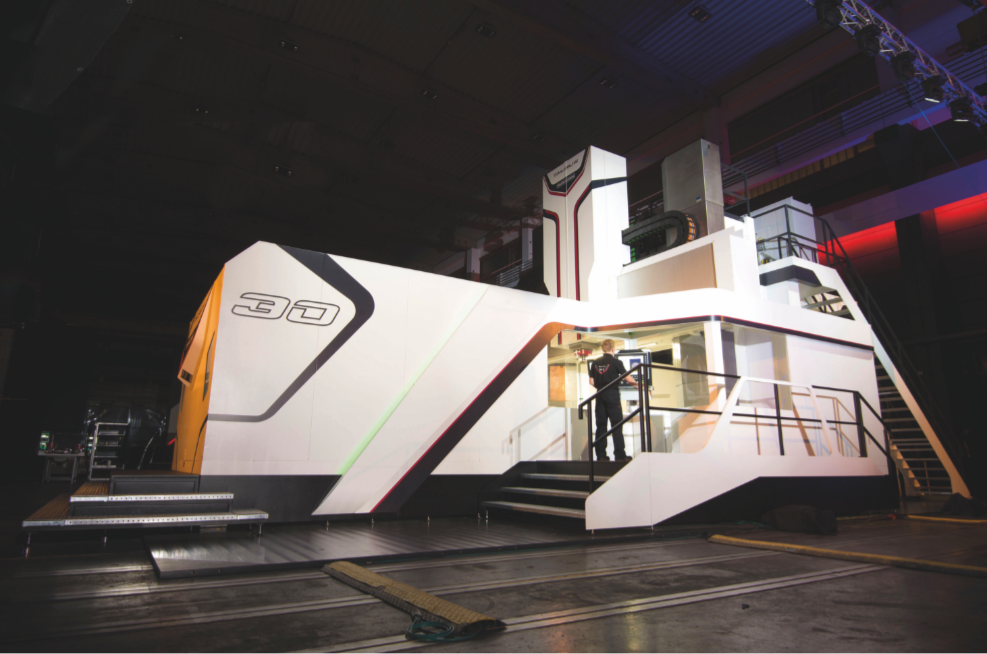 Kingsbury’s focus on quality and service mirrors our own passion for excellence, while their breadth of engineering experience and market knowledge offers a tremendous asset for customers looking for advice on choosing the most appropriate and cost-effective option to meet their production requirements for larger workpieces requiring process rigidity, part quality, accuracy and long-term system reliability.

Thanks to decades of engineering experience, investment and ever-growing market knowledge, Waldrich Coburg offers its customers the following state-of-the-art technology:

Waldrich Coburg specialises in manufacturing large CNC machining systems, including vertical and horizontal milling machines to name but a few. Waldrich Coburg products are known and used by all industry sectors across the globe, such as the manufacturing of diesel motor housings in car manufacturers.

Developed using the latest technology, Waldrich Coburg of a wide range of products that are easily distinguished by their top-quality finish, many equipment options and famous German functionality. You’ll know a Waldrich Coburg product by its modular design – a feature that offers the user maximum flexibility in configuration.

Waldrich Coburg was founded by Adolf Waldrich in the Gerbergasse of Coburg with fellow engineer, Emil Hardt. They founded the Globuswerke firm with twenty employees, where they developed glass processing machines before eventually developing hydraulic drive systems. Over time, the line of planing machines was expanded with combined grinding and milling machines. This, and advances in thread-peeling and extrusion worm-milling machines opened up new markets and paved the way for guideway and surface grinding machines.

By the 80s, American investment saw milling machines take a new approach and attempt to enlarge the existing range. In turn, this saw vertical turning machines, and later the first machine with a rotary table diameter of 2,500 to be added to their range of products. Expansion of ValuTec and MultiTec continued when the first horizontal milling machine was installed. The MultiTec concept –with its modular design and its broad range of applications –attracted such great interest that it was awarded the Innovation Prize by the Bavarian Minister of Economic Affairs, Otto Wieshau, in July 2001.

In the mid-00s, Beijing No.1 bought the company and invested over €40 million over a five-year period. Work underwent to improve and repair new factory buildings and machines, offices and common rooms. As such, the Chinese investment paid off and resulted in the Waldrich Coburg’s most successful period ever. The investment developed a strengthened trust from customers, who recognised the milling machine company as a reliable and strong brand. Sales more than doubled in this time and the workforce grew from 500 to 800 employees.

If you have any questions about our machines, or interest in setting up a new machining process. Our expert team are more than happy to help.