Applications Of Additive Manufacturing In Aerospace

There are thousands of components currently being developed and manufactured in the aerospace industry. Many of which are only for test and development, while others are production line parts. The list below highlights some of the major players using 3D parts for aerospace:

Nasa’s Orion spacecraft is a human rated spacecraft that aims to remove American dependence on the Soyuz Launch System. It forms part of the Space Launch System (SLS) architecture currently under development by various aerospace giants including Lockheed martin. Arconic manufactured the vent housings on this spacecraft out of an advanced nickel super alloy. These components are critical, as they maintain the pressure between the inner and outer hull of the spacecraft. These parts first flew in the 2014 maiden flight of the Orion module and were found to be in good condition after the craft was recovered.

Safran helicopters develop and manufacture helicopter engines such as the Anteo-1K which has numerous AM components including those within the engine’s combustion chamber, creating an engine that is 30% more powerful than its traditionally manufactured engine.

SpaceX uses AM technology to manufacture the SuperDraco engine chamber. These rocket engines are used for the Dragon 2 launch escape system. The Dragon 2 is SpaceX’s crew launch vehicle that is set to transport astronauts to the international space station in the next few years. A recent catastrophic failure of the Dragon 2 has pushed this timeline back, however, the failure was not attributed to the AM engine chambers.

BAE Systems in collaboration with the University of Manchester recently developed a UAV that does not use any flaps to manoeuvre, but instead uses supersonically blown air to  improve handling at low speeds. This is achieved with an advanced nozzle called a fluidic thrust vectoring nozzle and is printed out of titanium.

Relativity Space is aiming to make their rockets entirely from AM techniques. This is to allow for faster manufacturing time and more design flexibility. Their Aeon engine and Terran 1 launch vehicle rely heavily on AM, with the Terran 1 being made entirely using AM technology.

Rolls Royce is using AM to develop advanced components such as a front bearing housing for their Trent XWB-97 engine. The component is 1.5m in diameter and has 48 aerofoil shaped vane components. This is one of the largest civilian components that has been manufactured using additive techniques. The use of AM allowed design engineers the flexibility of optimising the component without the pressures of finalising the design early on to allow for long lead tooling.

Liebherr Aerospace has developed a nose landing gear bracket for the Airbus A350 XWB. These parts are manufactured from titanium. Liebherr has also developed a 3D printed primary flight control hydraulic component. This component is a high-pressure hydraulic valve block. This new 3D printed version is 35% lighter than the traditional manufactured component but offers the same performance.

WAAM3D is a company that is a commercial spinout from Cranfield University and is developing a rear frame for the Eurofighter Typhoon in conjunction with BAE systems using AM. This frame is made from Ti-6Al-4V, a titanium, aluminium and vanadium alloy. The frame is designed to support the EJ200 engines and WAAM3D claims that the fatigue properties of the part are similar or equal to the existing forgings.

The future of 3D parts for aerospace

The aerospace industry is uniquely positioned to benefit from 3D parts for aerospace, as the production volumes are relatively small when compared to other industries. Furthermore, aerospace components can benefit greatly from optimisation techniques like generative design and shape optimisation which fit in well with additive technology. AM is quickly becoming a standard manufacturing technique in the industry with most major aerospace companies employing the technology in one way or another. The improvements in efficiency, strength and weight when using AM means that companies who do not embrace this technology will soon find themselves falling behind the curve. 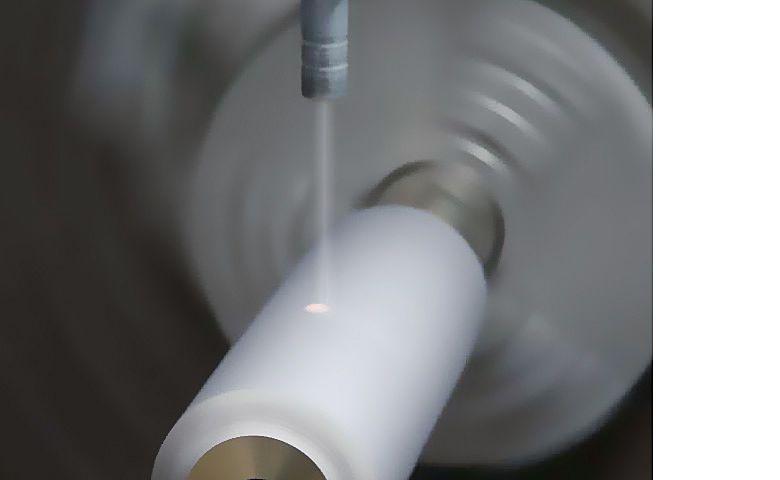 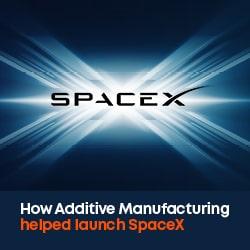